Development
During the period under review, the Development department worked on projects for Allreal’s own portfolio and for third parties with a potential construction volume of several hundred million francs. Consequently, it made a significant contribution towards expanding the portfolio of investment properties and maintaining a stable workload as far as realisation was concerned.

Allreal is planning to fully refurbish a six-floor building at Bellerivestrasse 36 in Zurich Riesbach in line with plans submitted by C.F. Møller Architects, the Danish architecture firm that most impressed the judging panel for the study contract. The planning application was submitted in June 2020 and the construction period is due to start in summer 2021 for around two years. The investment volume amounts to more than CHF 50 million.

Allreal is developing 77 condominiums on a plot spanning 8,400 square metres in Lucerne’s Büttenen district. During the last year, work continued on the successful project submitted by Caruso St John Architects as part of the study contract conducted in 2018 and a design plan was made public by the city of Lucerne. It is scheduled to be processed by the city council during the first six months of 2021. The planning application for the project representing an investment volume of around CHF 73 million is due to be submitted in spring 2022 at the earliest.

Allreal is planning a residential complex with 63 condominiums to be sold to third parties and 43 rental apartments for a private owner on Spiserstrasse in Zurich Albisrieden. A study contract involving five architecture firms was conducted for the site spanning some 4,600 square metres in total in the 2020 financial year. A judging panel unanimously decided in favour of the project submitted by ADP Architektur Design Planung AG back in the summer. Construction work is expected to begin by the end of 2022 at the earliest. The investment volume amounts to about CHF 75 million. 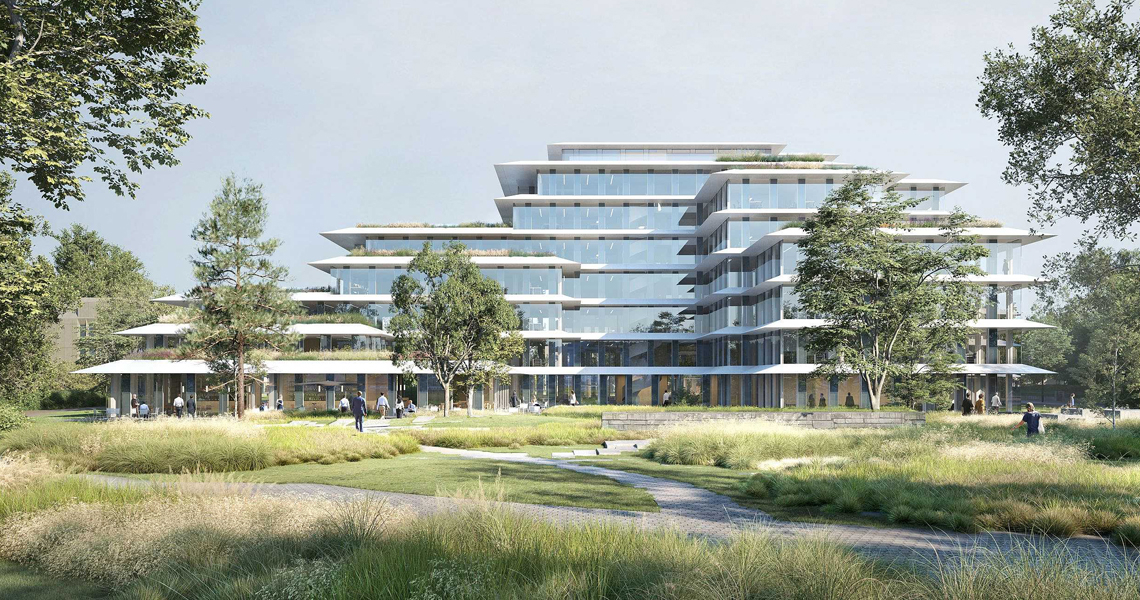 Realisation
In the period under review, the volume of projects completed by the company amounted to CHF 363.4 million. Although this figure represents a slight increase of 6.7 percent on the previous year, it is not as strong as it would have been had the pandemic not impacted upon construction work. When it comes to third-party projects, Allreal focuses on those with calculable risks, realistic contract terms and solid profit expectations. Thanks to these high standards, the department reported a gross margin of 12 percent for the planning and realisation of third-party projects (2019: 13.3%).

In the medium term, the company aims to achieve a balanced relationship between own and third-party projects at an annual project volume of up to CHF 500 million.

The secured order backlog as at the cut-off date amounted to around CHF 741 million, corresponding to capacity utilisation for around 24 months. 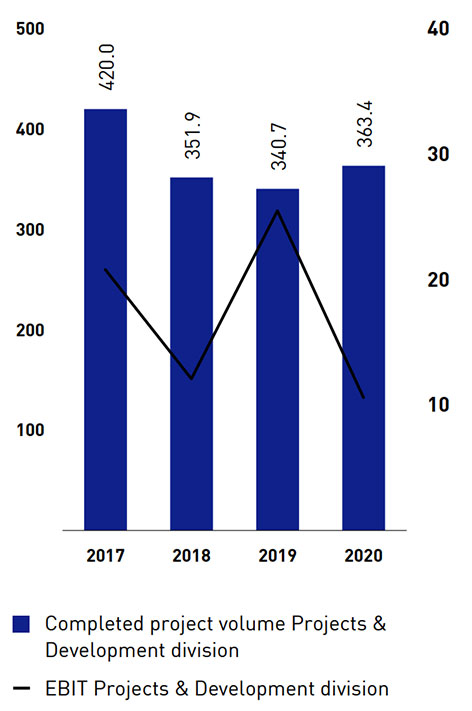